Back to all posts

A New Year of Music!

Happy 2019 from your favorite musical runners! It's been an exciting season of music the past few months and we wanted to take a minute to give you a peak into some of the things that have kept us busy. We just finished a 14 show run at the Desert Botanical Gardens in Phoenix, AZ - one of our favorite events every year called Las Noches de las Luminarias. We know we haven't been touring as heavily the past year, so it may have been a minute since we were in your town. We wanted to share some of the upcoming shows and news for everyone in the band.

Bekah and Matt recorded and produced Bekah's latest record, Seed & Silo, which she completed as an artist-in-residence for the National Parks at Homestead National Monument. The CD was released July 2018 by Sky Island Records and is available for streaming and purchase. The album was recently named one of the Top 3 Folk releases of the year by Pop Matters and was recognized by the Tucson Weekly as one of best local albums of the year in 2018. Follow Bekah's music at her website here. They have a weekend of upcoming January shows in Arizona and will be touring in the Midwest (June) and Northwest (September). In addition to collaborating with a lot of Tucson artists, Matt has also been working for an arts non-profit in Tucson, Southern Arizona Arts & Cultural Alliance, and was voted in as a board member for the Tucson Folk Festival.  They will both be teaching at the new Roots and Boots music camp near Flagstaff, Arizona in June 2019.

Jen tied the knot with her guitar-strumming beau, Peter, in summer 2018 and is still living in Portland, OR where she has been active in the local arts scene. She started a new theater troupe, The Absentees, this past year and recently completed a series of stellar shows with the Ralph Radio Theater company production, "Christmas From Home".

Grace has finished a new EP under her stage name, Rising Sun Daughter, and that record is set to be released in early 2019. She has a few upcoming shows in the Southwest (LA, Phoenix), so follow her Facebook page here for show details.

We're looking forward to being educational Artist-in-Residents again at the Musical Instrument Museum again in May. We'll send out show announcements when we get back to your part of the country. Thank you for all your support for us and our continued artistic projects! Hope to see you at a show soon. 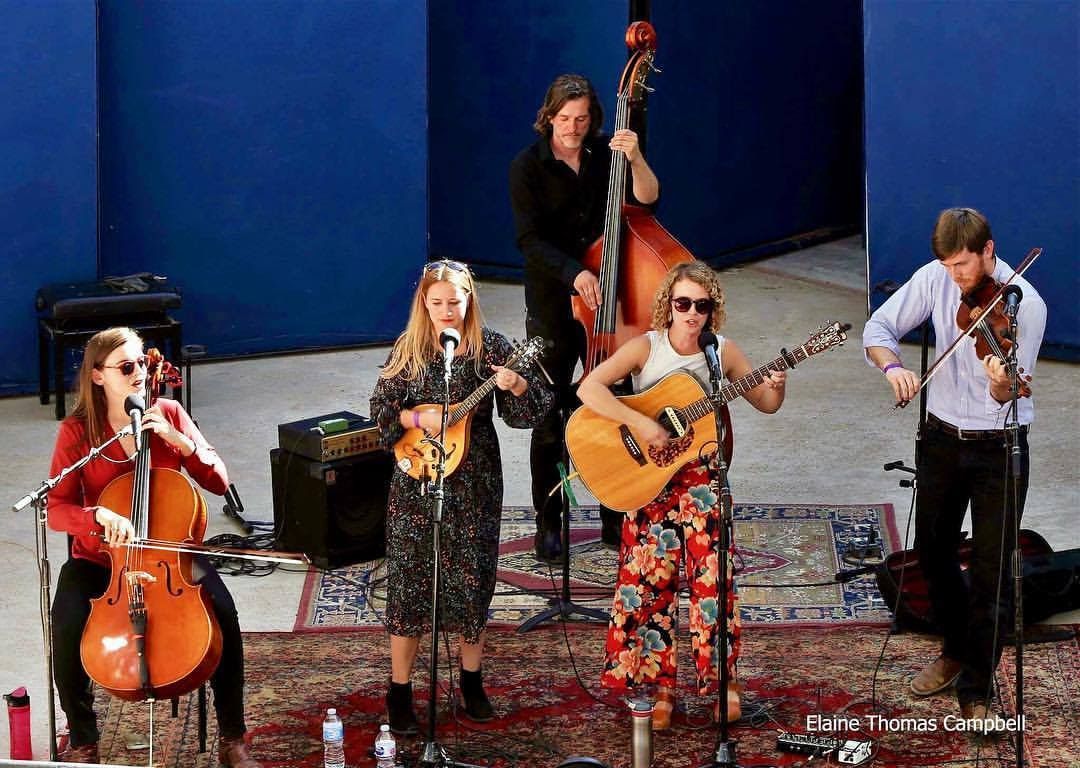